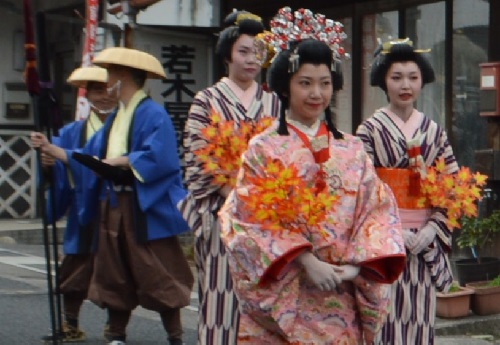 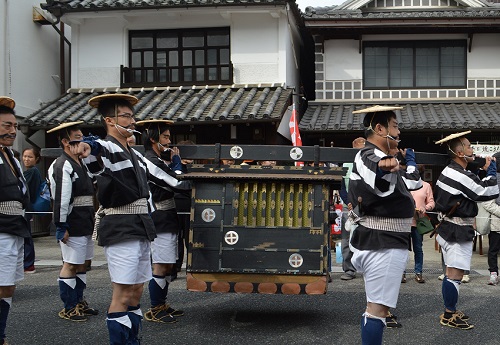 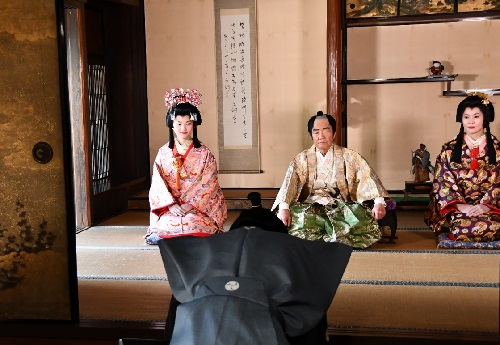 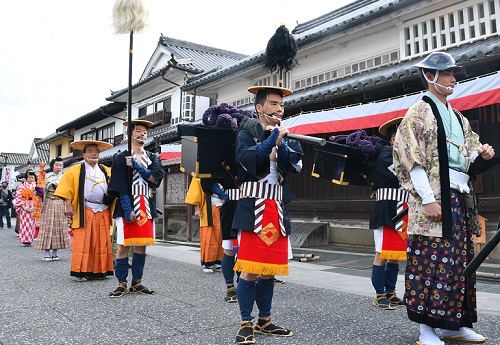 On the second Sunday in November, Yakage, in southwest Okayama, holds the Daimyo Gyoretsu, a grand costumed parade that re-enacts the Edo Period (1603-1868) procession of the regional lord entering the town.
This was one of administrative systems in Japanese feudal period, specially in the edo era around the 19th century. Under that system, regional lords were ordered to serve the central military government every other year. They went back and forth between their territory and the capital once every two years . When those regional lords go to the service , they made extravagant processions accompanied by retainers to show their power and dignity. This was called “Daimyo Gyoretsu” it mean regional lord’s procession.

A reenactment of this procession takes place on the Yakage’s main street. The re-enactment, involves some 80 people who play the roles of the regional lord, princess, handmaids, palanquin bearer and so on. Their antique period costumes are reminiscent of centuries ago. As the parade slowly moves along the road it is as if a traditional picture scroll is unfolding, making you feel as if you’ve slipped back in time.